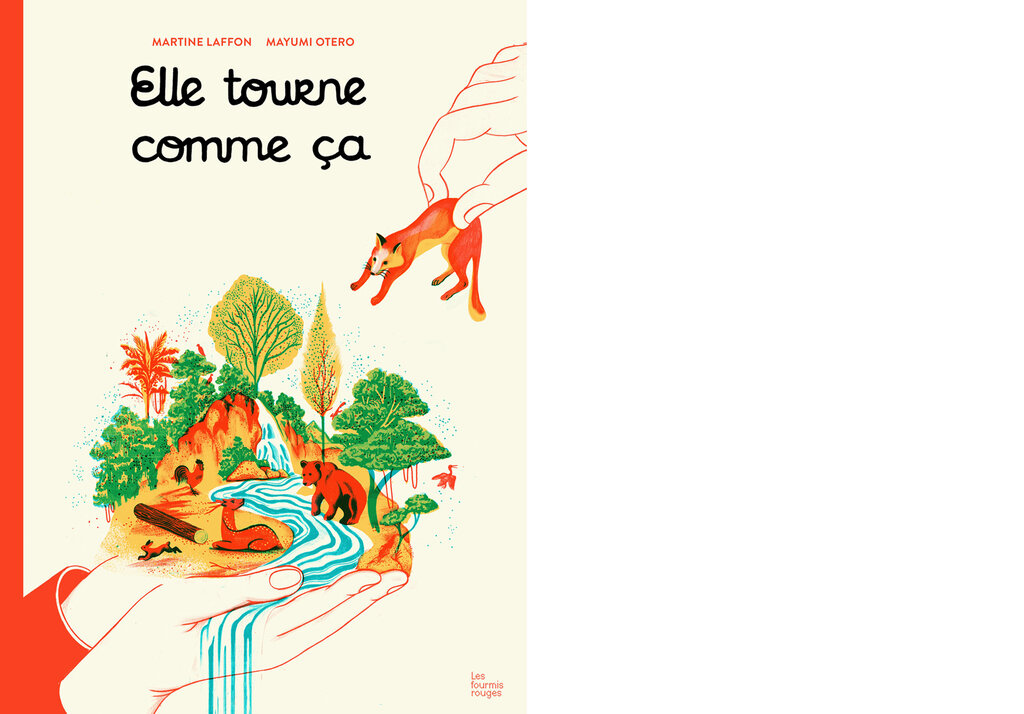 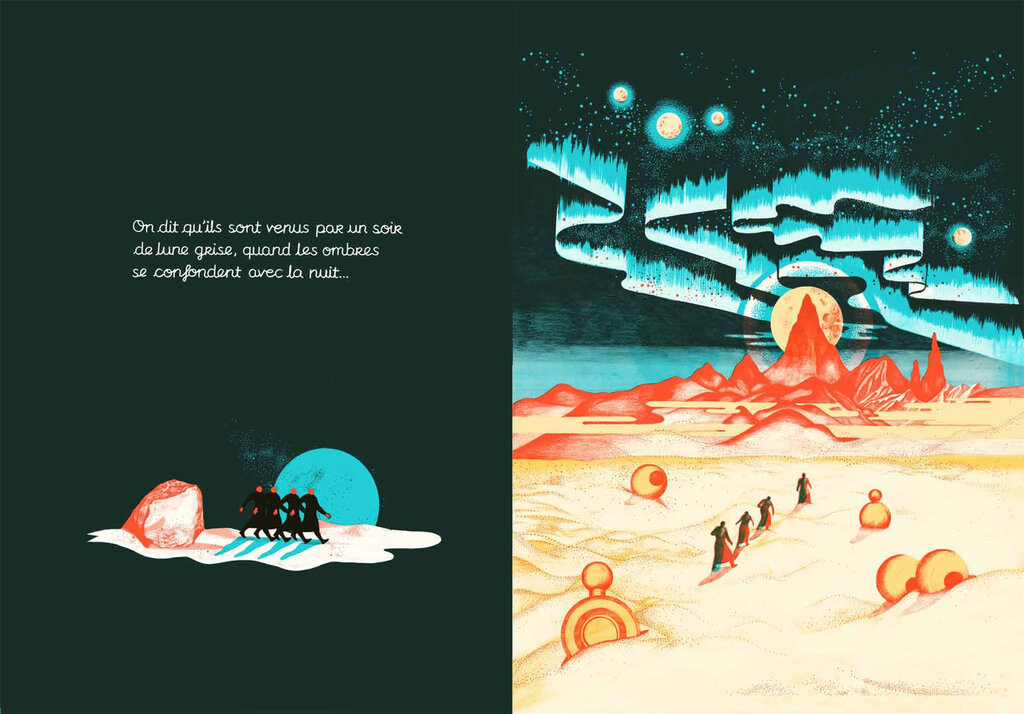 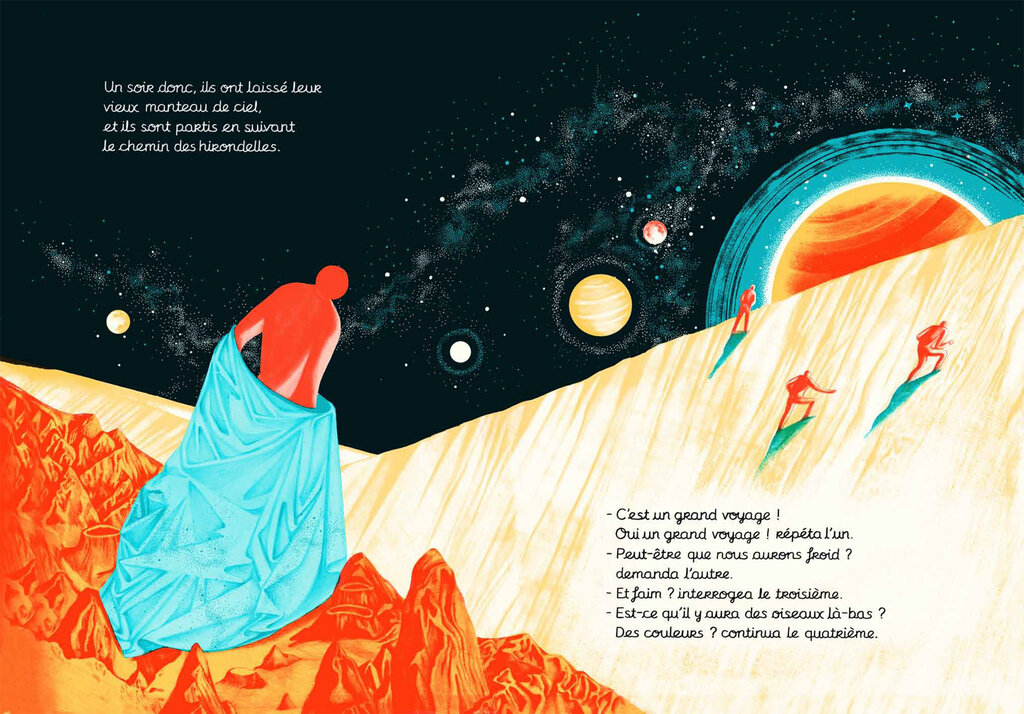 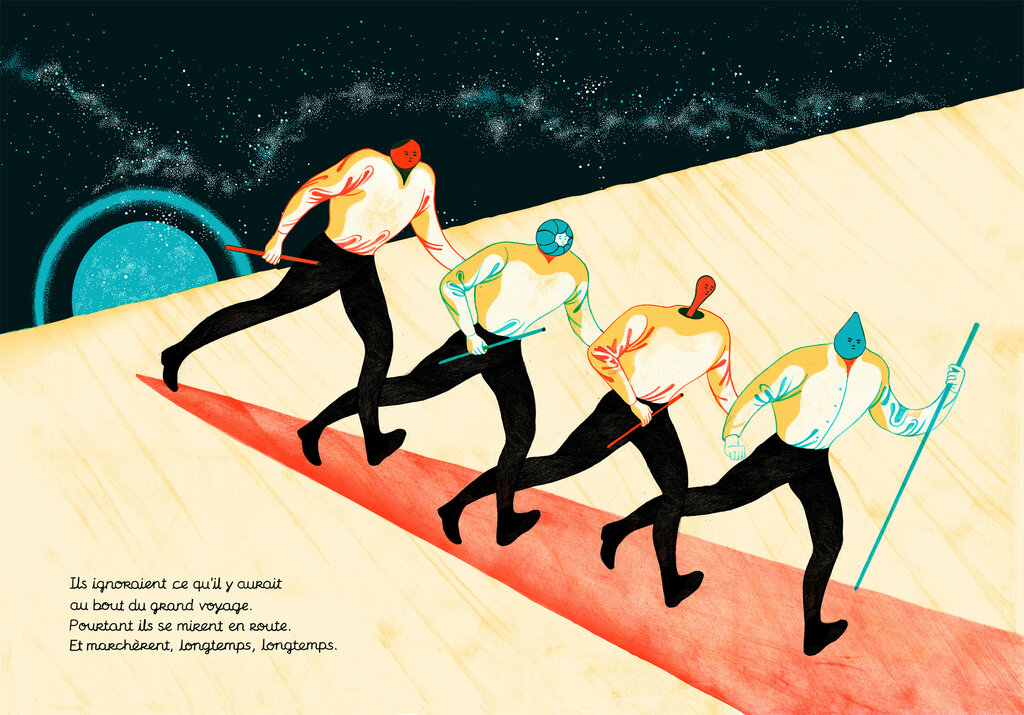 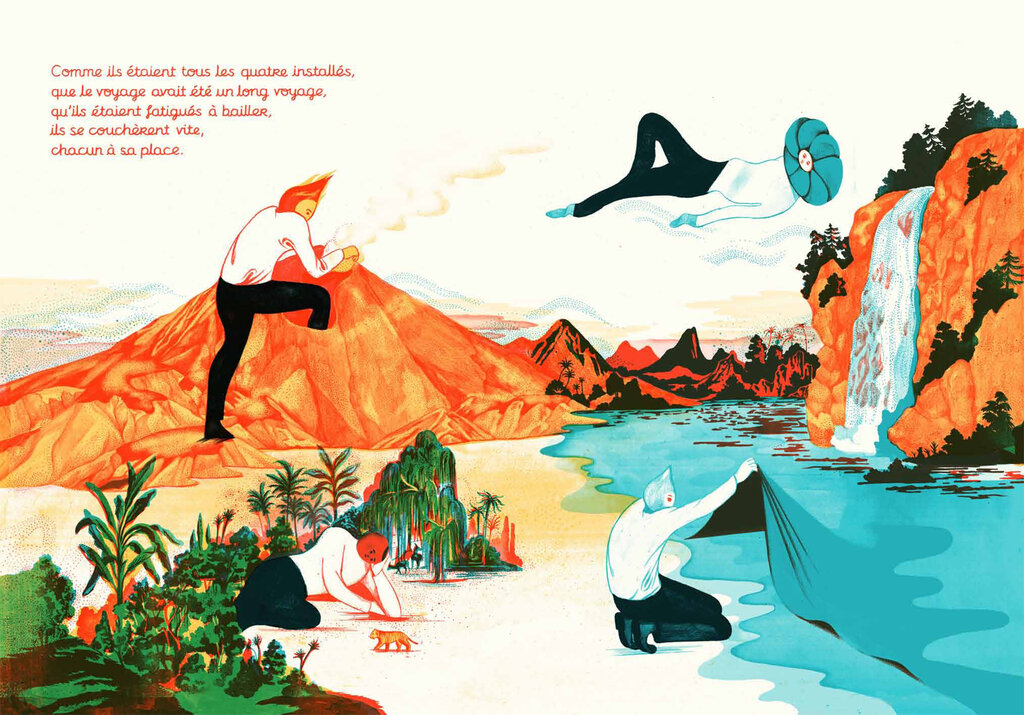 On a grey moon night, four giants started a big trip. Once arrived, they assessed their surroundings: it was small, it was round, it was blue, it turned very slowly, and it smelled good… The four giants settled in. The first one took the water, the second one took the fire, the third one took the earth, and the last one took the air. When they woke up, the Sun, tired from turning around the Earth, defied them to replace him. From then on, four big giants have been pushing the Earth across the sky, from winter to spring. 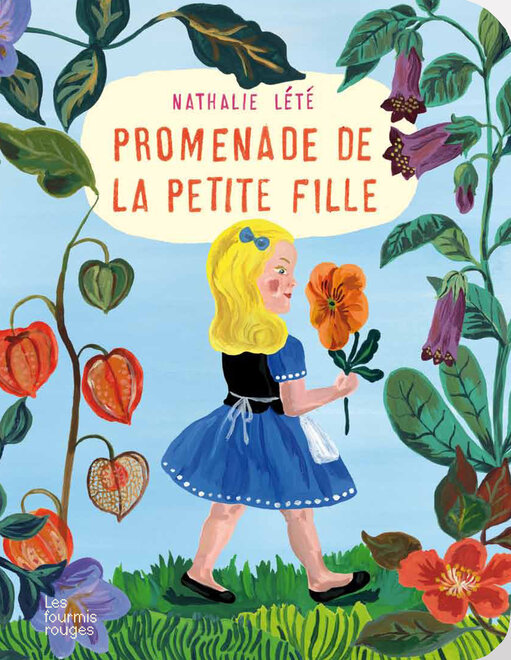 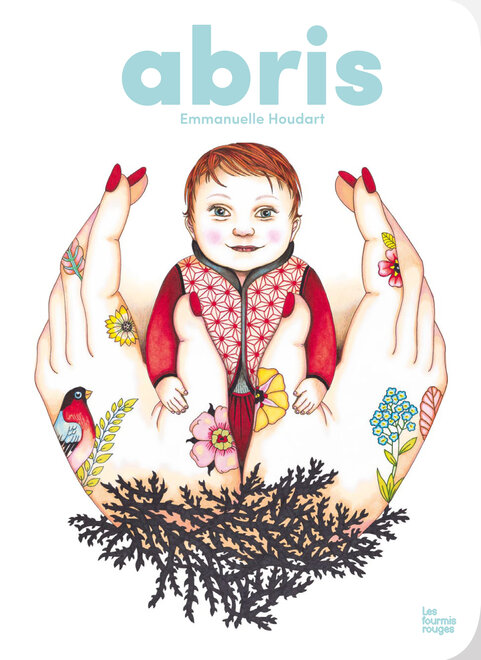