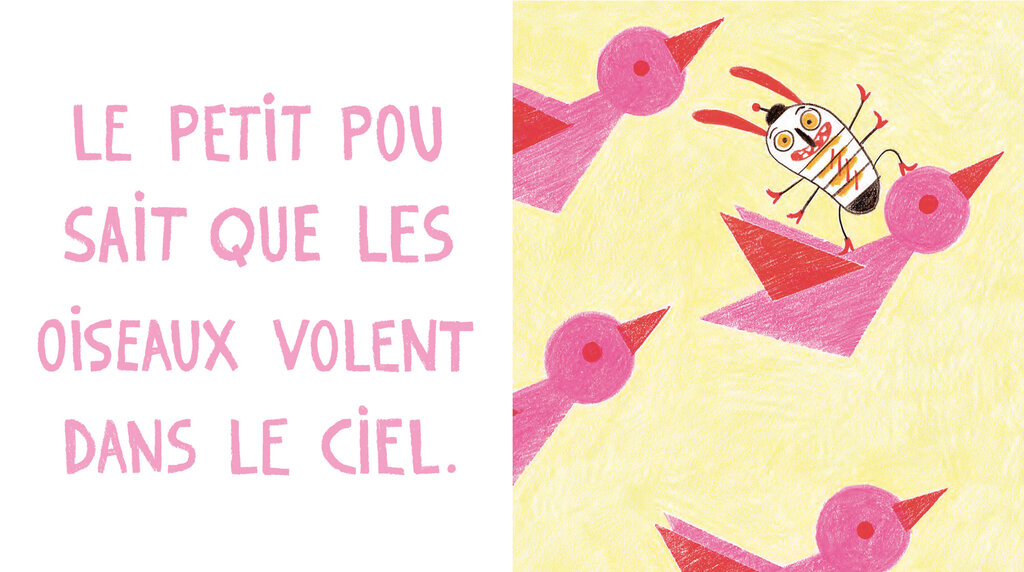 A new series for the little ones, coming directly from the crazy imagination of Mathis and Aurore Petit : Le petit pou (The little louse). A delightful character, exhilarating puns, and an always hilarious ending! The little tiny louse bleats
Till and the flute player