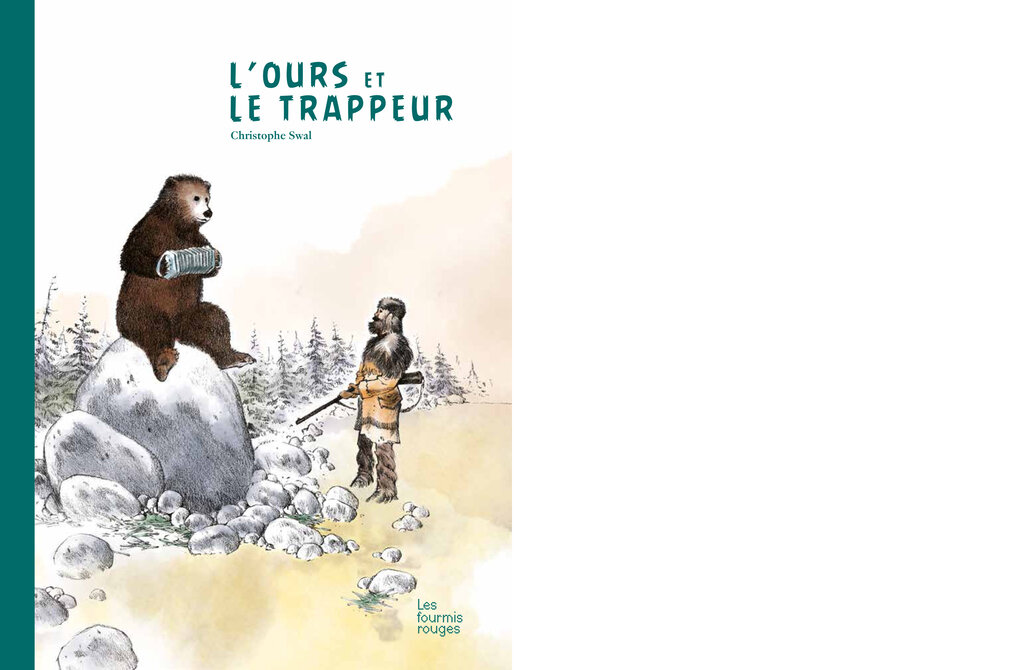 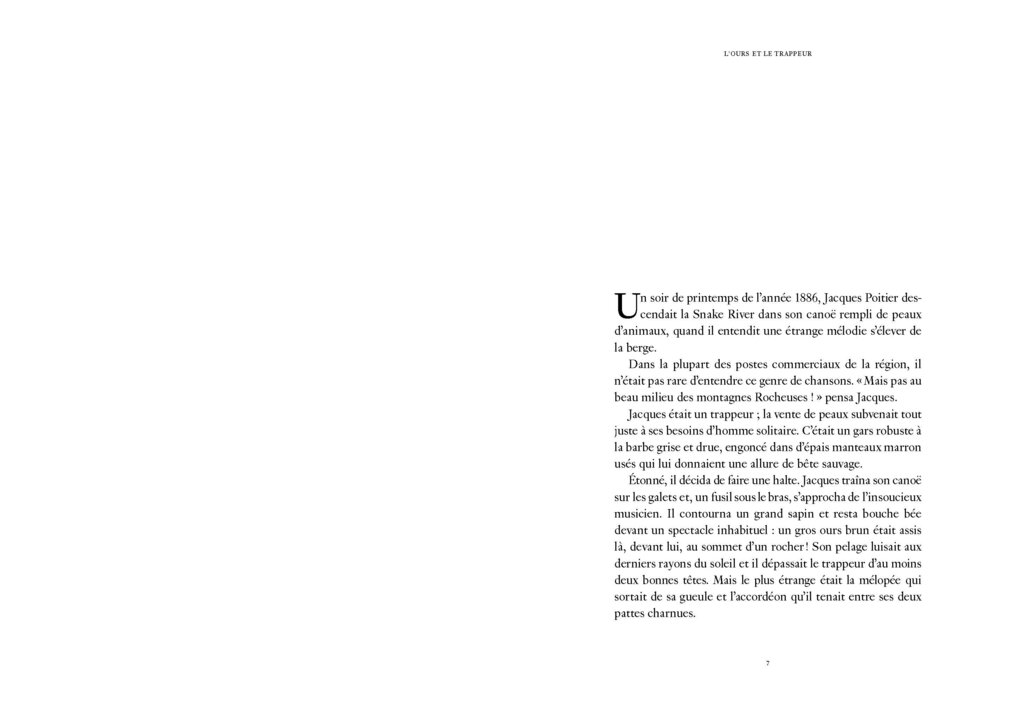 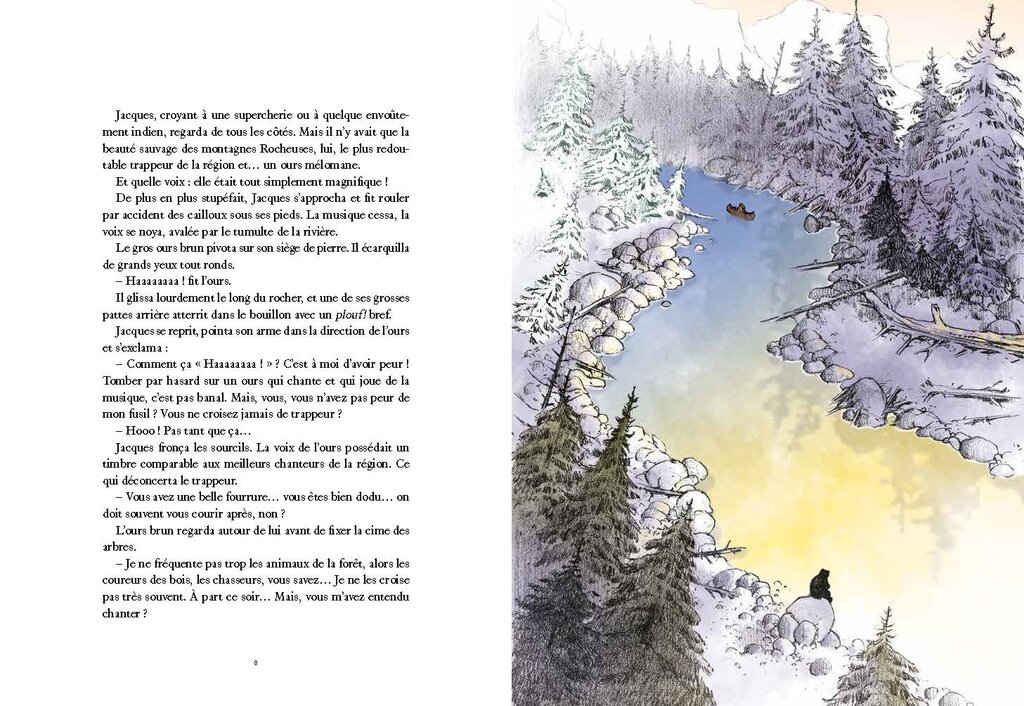 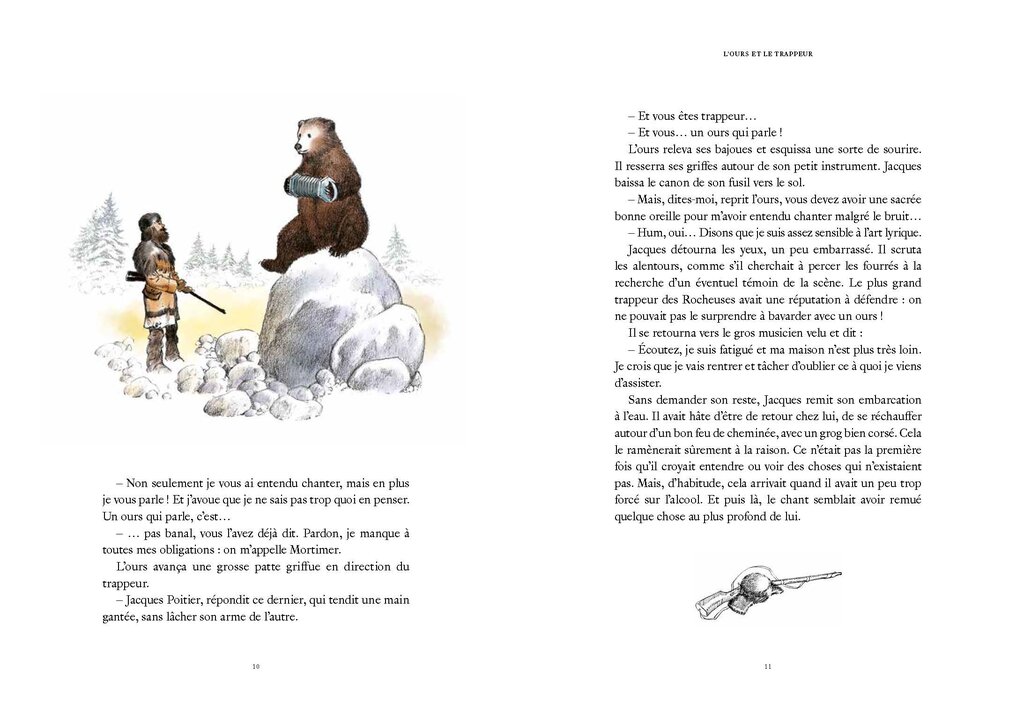 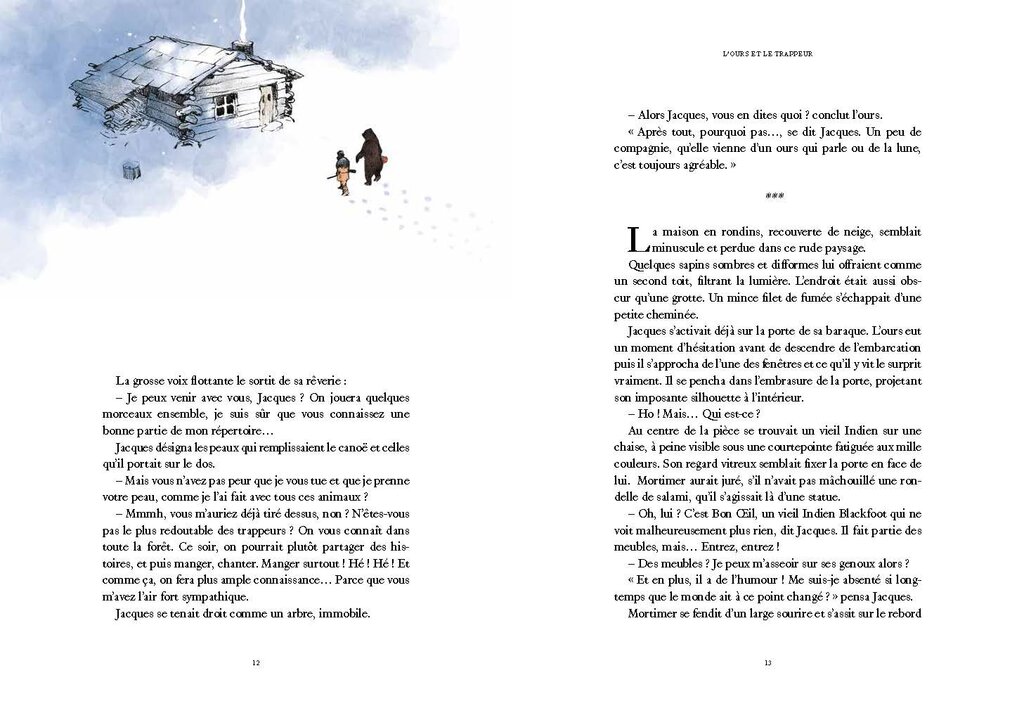 This moving tale set in the Rocky Mountains describes the unlikely friendship between a bear and a trapper who have a shared love of music.

Taking place at the end of the 19th century, it tells the story of Jacques Poitier, a trapper, whose life changes when he crosses the path of Mortimer, a scary bear with a golden voice. The two characters form an unlikely friendship and the trapper decides to show off the bear’s talent. They soon become a star attraction. But winter comes, and Mortimer is dead tired. Hibernation means the two companions must part. The man builds a life and a family and the bear disappears. Will they ever find one another again?

Christophe Swal’s light touch whisks us from the most mundane, harsh reality to the magic of a talking, singing bear. The story is set against a backdrop of vast open spaces and adventure, which have always been the stuff of young readers’ dreams. The border between nature and civilisation is constantly blurred. A tale about passing things on, friendship and the vital connections between humans and nature, which will appeal to children and parents alike. 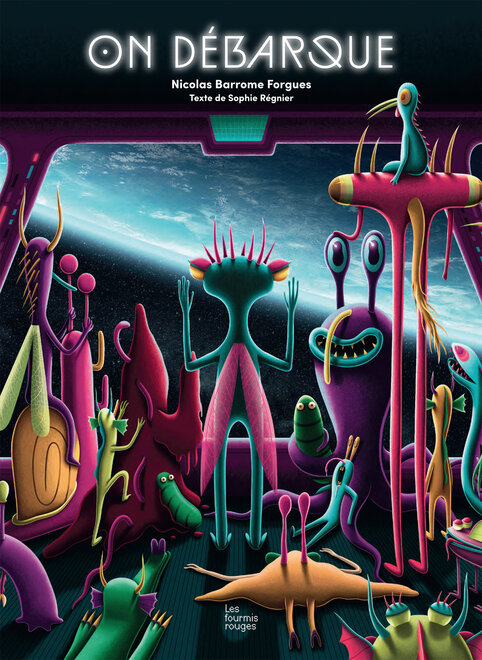 The Aliens Are Coming
The Stinky Tribe 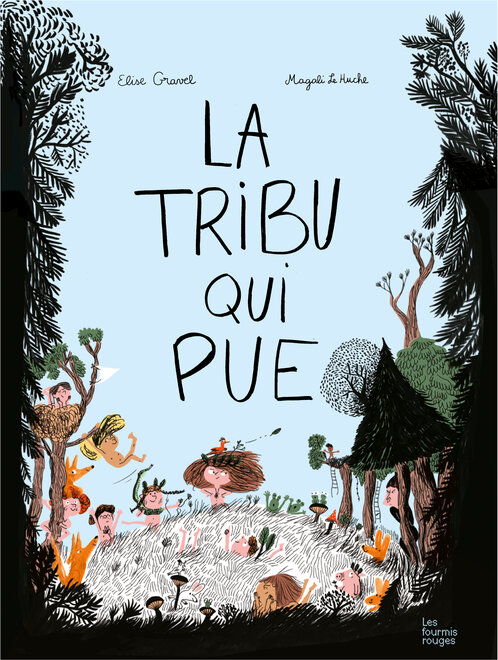